RECOMMENDATION OF 5 “FRESH” RESTAURANTS FOR SUMMER 2017 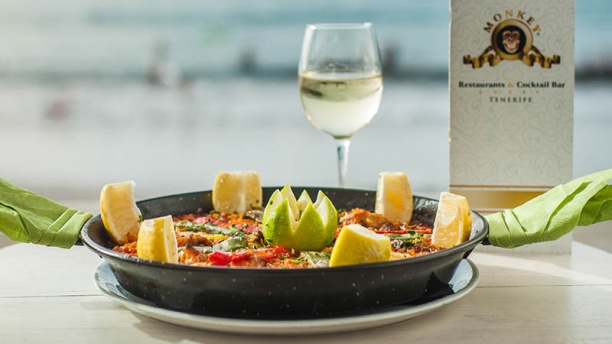 CUC (Santa Cruz de Tenerife).  Nacho Solana is one of the most outstanding chefs in the Canaries right now, and this is more than evident in his flagship restaurant (Solana) in Puerta Canseco. Very nearby, the chef and his wife Erika Sanz (sommelier and front-of-house manager) have focused on a very fresh concept, just right for this summer season. Indeed, CUC stands for Canary Urban Cuisine, and that is precisely what it is: concepts rooted in easy and tasty food.  Mackerel Russian salad (with fried instead of hard-boiled egg); bao (Japanese bread) with rabbit in salmorejo sauce; roast pork and Canary tuna vitello tonnato; potato and cuttlefish omelette… also, a chickpea pot or green broth. Perhaps, this is the only place where you can drink a phenomenal unbottled Suertes del Marqués wine.

La Cofradía de las Caletillas (Candelaria). If often the experience of our elders teaches us that if a restaurant is packed, then it must be good, then this establishment in southern Tenerife is a must, not only on account of its popularity, but also of the natural way in which seafood is treated. In addition to its strategic setting on the promenade, this restaurant is clearly attractive for its straightforward seafood: fried fish, breaded calamari, shrimps; Canary grouper and mixed fried fish platter including comber, parrot fish or dreamfish, with wrinkled potatoes and mojo sauce; octopus cocktail, tuna, marinated dogfish, grilled cheese or ‘escaldón de gofio’. You can’t afford to miss it.

El Taller (Puerto de la Cruz). According to his own words, when he started out in his hometown, Puerto de la Cruz, this is a “humble and very personal” proposal. It is a philosophy based on fresh produce which Seve Díaz finds nearby (local fruit and vegetables), fish just pulled into the dock, homemade bread… and a concept that is both artisanal and friendly – a more than recognisable Canary flair –brimming with culinary charm in an old mansion.  Spring sprouts with foie, homemade croquettes, tomato octopus with bell pepper sauce and sweet potato, suckling pig with apple… The desserts are stunning: either orange and chocolate or rice pudding. The wine cellar is well-stocked.

Monkey Beach Club (Las Américas).  This is an emblematic spot of southern Tenerife, in Playa de Troya. From this standard-setting establishment, opened over ten years ago, guests get one of the best views of the island of La Gomera. Its gastronomy – praised and winner of both national and local awards – is especially designed to provide comfort food, with various options according to taste, such as gala menus, finger food, children’s menus, barbecue… The atmosphere and entertainment are the complements for celebrations: live music, DJs and performances.  Worth highlighting are the rice dishes, fish stews, gilt-head bream cooked in banana leaves, moules marinières or boletus mushrooms served with truffle sauce, among many other specialities.  As this is a beach club, you can choose among around one hundred classic cocktails (Cosmopolitan, Bloody Mary or Sex on the Beach), iced cocktails (“Call a Taxi”) or original creations.

El Mirador de Garachico.  In the historic centre of the town, Chef Mario Otegui seduces in the “Isla Baja” area of the island with cuisine based on traditional cookery interpreted with a modern and tasteful flair, and an excellent cross-section of local ingredients.  They are unexpected combinations on account of their aromas and flavours, in keeping with the philosophy of a family business which pampers excellence since 1975.   You really shouldn’t miss the bonito salad or black pig wonton, among many other culinary creations which, with the mastery of this chef, become highly refined. Both the dining room and the adjacent terrace invite you to continue the chat with a digestive drink.

The city that defeated Nelson