Metrotenerife organized the 6th European Tramdriver Championship to celebrate the tenth anniversary of the launch of the Tenerife Tram. For that reason, the last 4th June the Santa Cruz City became the focus of European trams attention because 23 teams from 14 countries competed to choose the best drivers in Europe.

In addition to the Championship, the competitors had the opportunity to visit Tenerife during the weekend, and, specially, the metropolitan area, the heart of the Island. They enjoyed the good climate, with an annual average temperature of 22 degrees; the varied gastronomy; the natural landscapes as well as of the hospitality and kindness that characterizes the population of the island. 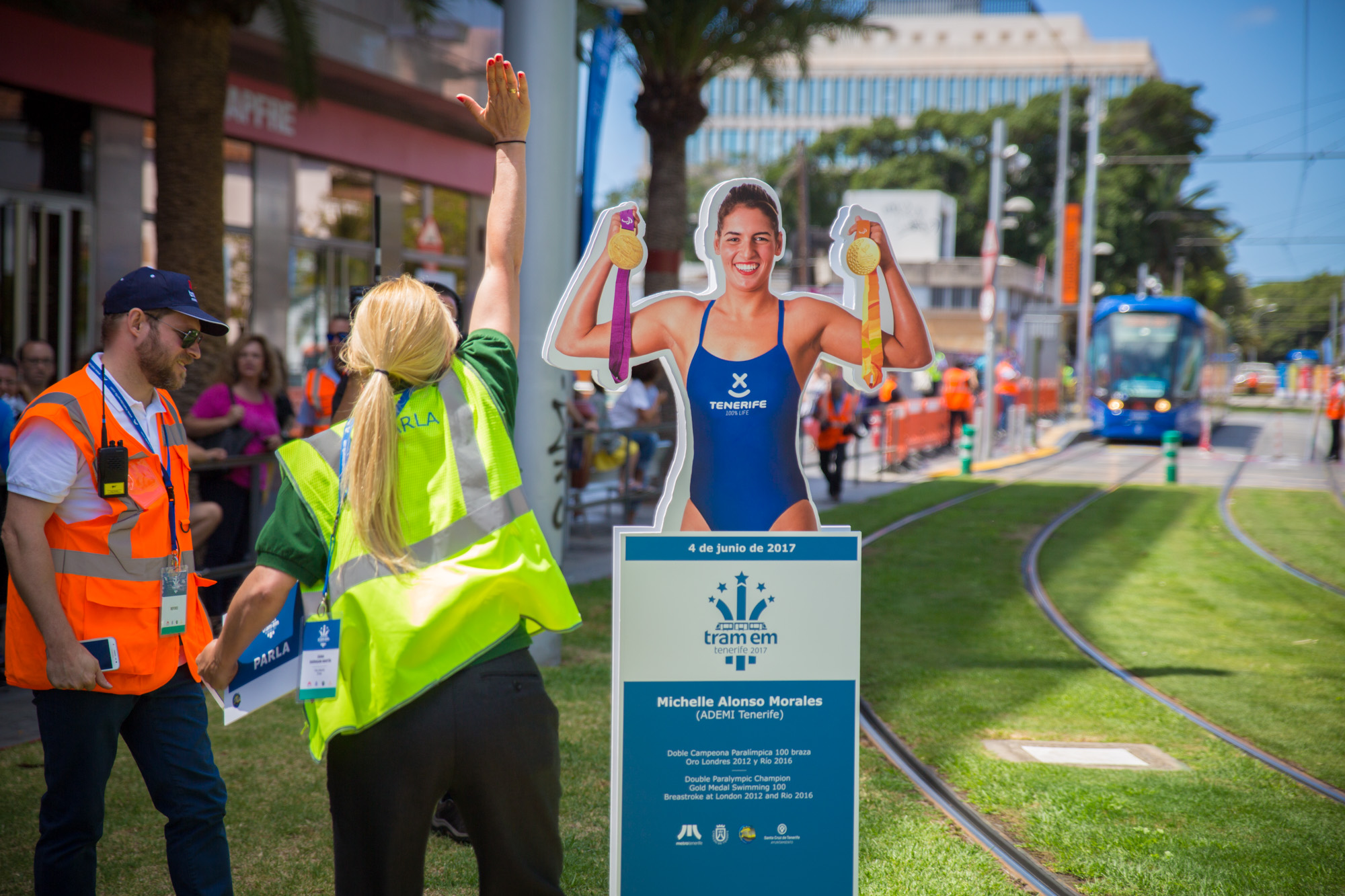 The European Tramdriver Championship, that has already been hold in Dresden, Budapest, Barcelona, Viena and Berlin, promotes the cultural exchange, the sportsmanship and the knowledge between the trams’ operators. 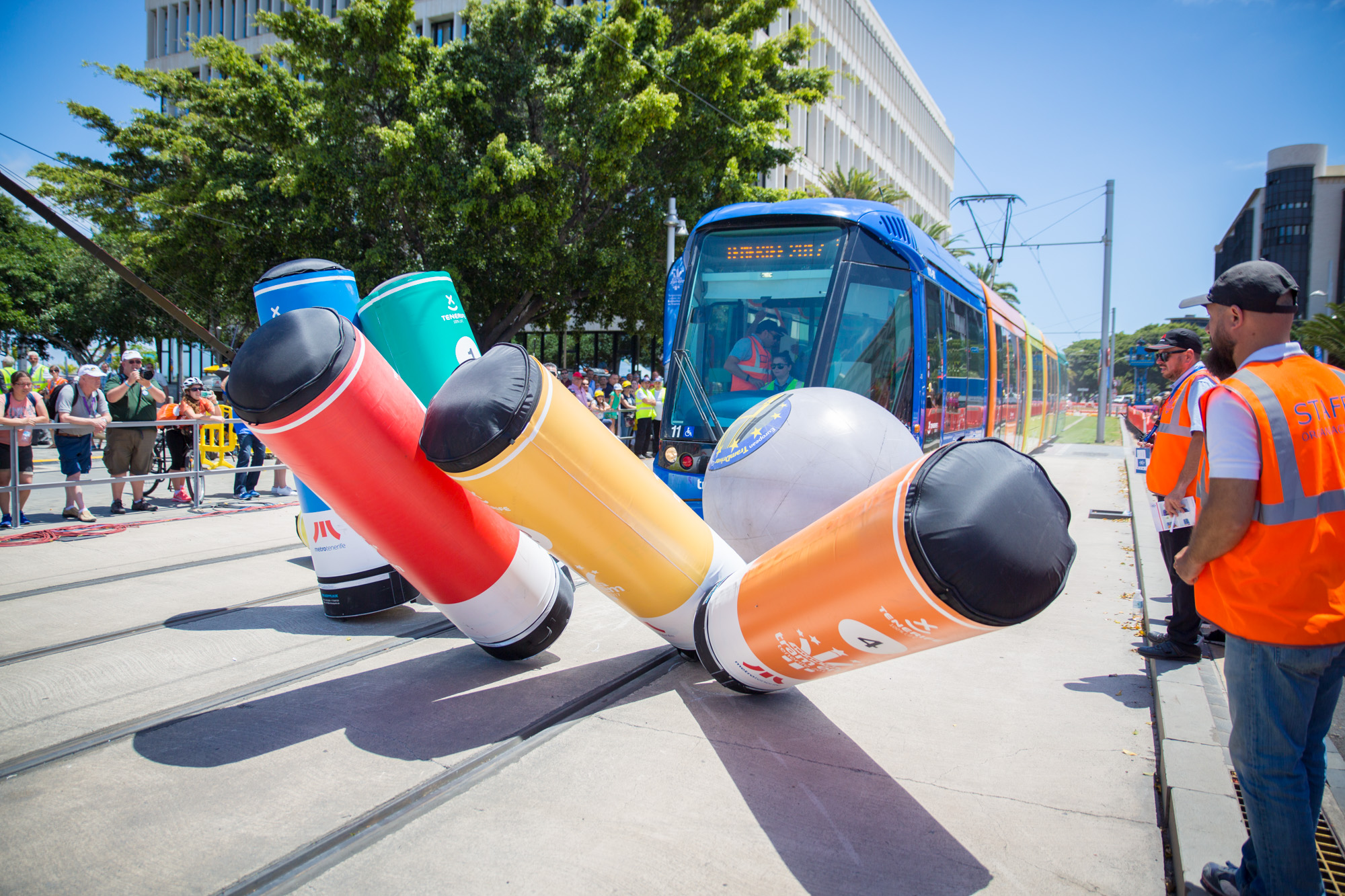 Champion’s podium
The competition was held in a section of the tram line, in the center of Santa Cruz city. Each team had to complete two runs of five disciplines each such as: speed & brake, lateral distance, exact stop, overrun test and tram bowling. Metrotenerife team, represented by Cándida Suárez Cairos and Vicente Ruiz Rodríguez, began the competition.

In an exciting final the Paris team, represented by Corinne Leroy and Karim Annouche, secured the title Tramdriver-Champion 2017 with 3.379 points. Second and third place went to Berlin and Frankfurt, respectively. Franka Sonntag from Berlin got the title of European Best Female Driver as did Karim Annouche from Paris for the male category.

In the award ceremony, both, the President and Managing Director of Metrotenerife, Carlos Alonso and Andrés Muñoz de Dios, handed over the baton to Wolfgang Arnold, the Chief Executive Officer of Stuttgart Tram, the host of the the 7th TRAM-EM, that will take place on May 5th, 2018 in Stuttgart. 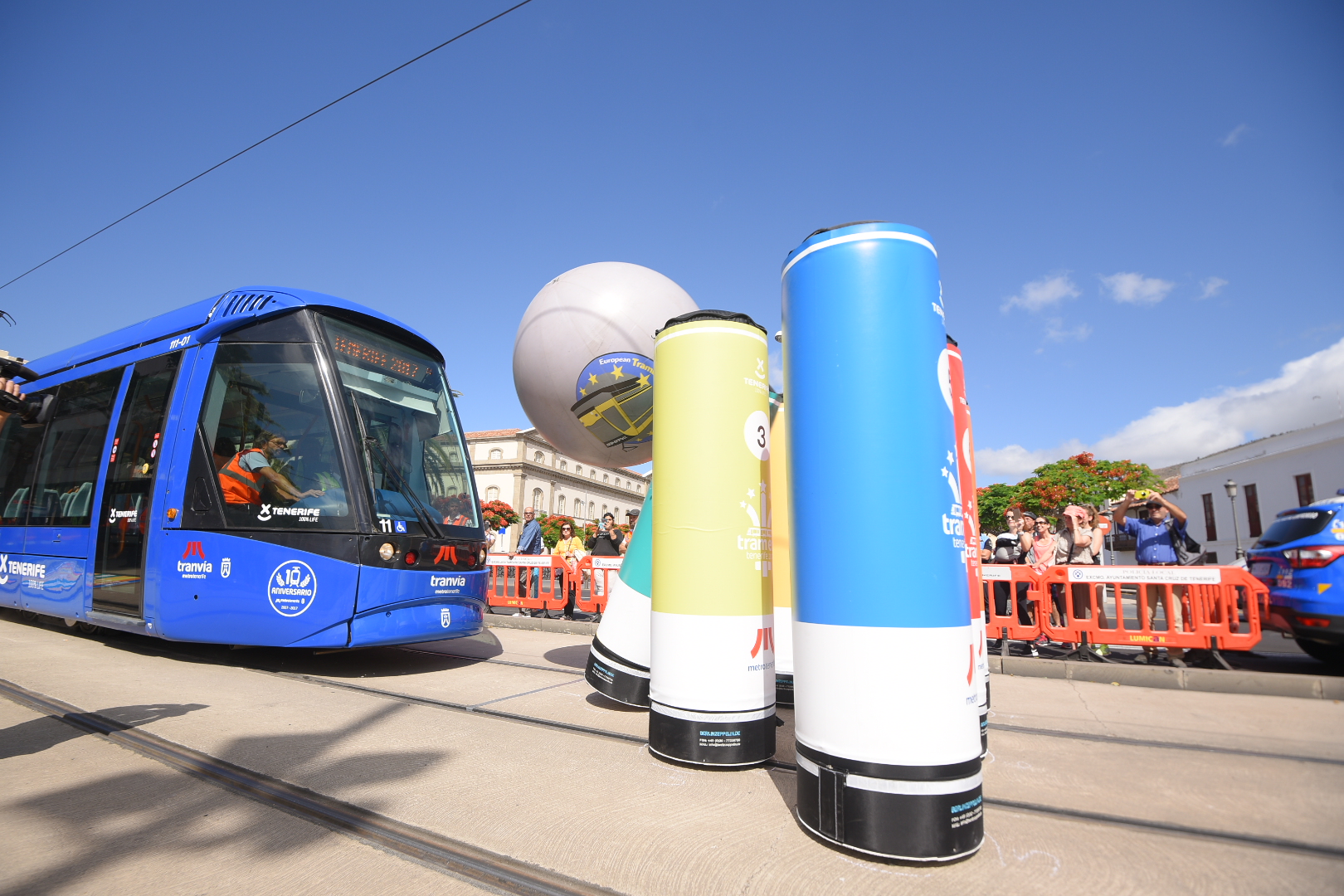 Tram party
A giant screen was installed close to the circuit, so the public could see all the disciplines. Also, the competition was broadcast live in streaming, a window that allowed to export to the rest of the world the excellences of Tenerife.
The whole competition is available In this link.

For that great day, Metrotenerife prepared a fantastic party for the public. There were musical performances, activities for children, exhibitions and a tram turned into a post office with commemorative postal material of the tenth anniversary of the Tenerife Tram.